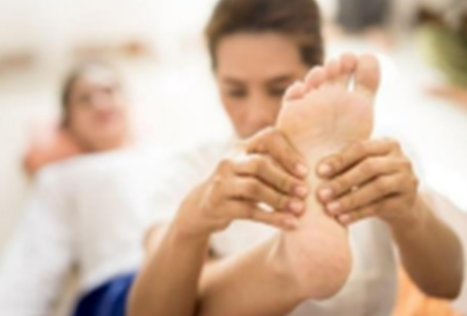 Fad diets are extremely popular for losing weight. They typically promise rapid weight loss and other health benefits, yet often have no scientific evidence supporting their use. In addition, they can be nutritionally unbalanced and could be ineffective over the long term.  HOWEVER, there are some “fad” diets that have been found to produce weight loss in high-quality, controlled studies. What’s more, these diets can be healthy, well-balanced and sustainable.

Like Dr. Atkins, Dr. Arthur Agatston was a cardiologist interested in helping his patients lose weight sustainably and without going hungry. He liked certain aspects of the Atkins diet, but was concerned that unrestricted use of saturated fat might increase the risk of heart disease. Therefore, in the mid-1990s he created a lower-carb, lower-fat, high-protein diet called the South Beach Diet, named for the area in South Florida where he practiced medicine. The South Beach Diet is a high-protein, lower-carb, lower-fat diet that has been shown to produce weight loss and reduce heart disease risk factors.

Vegan diets have become very popular among people looking to lose weight. They’ve been criticized for being unbalanced and extreme because they contain no animal products, they have been praised for being an ethical, healthy way of eating. Importantly, vegan diets can be healthy or unhealthy, depending on the types of foods they contain. It’s unlikely that you can lose weight while eating large amounts of processed foods and beverages, studies have shown that vegan diets based on whole foods can lead to weight loss and may reduce several risk factors for heart disease

Although the ketogenic diet has been called a “fad” diet, there is no denying it can be very effective for losing weight. It works by lowering levels of insulin and shifting your primary fuel source from sugar to ketones. These compounds are made from fatty acids, and your brain and other organs can burn them for energy. When your body doesn’t have carbs to burn and switches to ketones, you’re in a state called ketosis. However, unlike the Atkins and other low-carb diets, ketogenic diets don’t gradually increase their carbs. Instead, they keep carb intake very low to ensure followers stay in ketosis.

The paleo diet, short for the paleolithic diet, is based on the diets that hunter-gatherers ate thousands of years ago. Paleo has been classified as a fad diet because it restricts many foods, including dairy, legumes and grains. However, the paleo diet is a balanced, healthy way of eating that eliminates processed foods and encourages its followers to eat a wide variety of plant and animal foods. In one study, 70 obese older women followed either a paleo diet or a standard diet. After six months, the paleo group had lost significantly more weight and abdominal fat than the other group.

The Zone diet has been classified as a fad diet due to its premise that a strict ratio of protein, fat and carbs is required for optimal weight loss and overall health. This eating plan specifies that your calorie intake should be made up of 30% lean protein, 30% healthy fat and 40% high-fiber carbs. In addition, these foods are to be consumed as a prescribed number of “blocks” at meals and snacks. One of the ways the Zone diet is proposed to work is by reducing inflammation, which allows you to lose weight more easily.

Fad diets will always be popular, and new plans will continue to be created to address people’s desire to lose weight quickly. To achieve and maintain your weight loss goal, it’s important to find a healthy way of eating that you enjoy and can follow for life. Always check with your doctor before starting any weight loss plan.